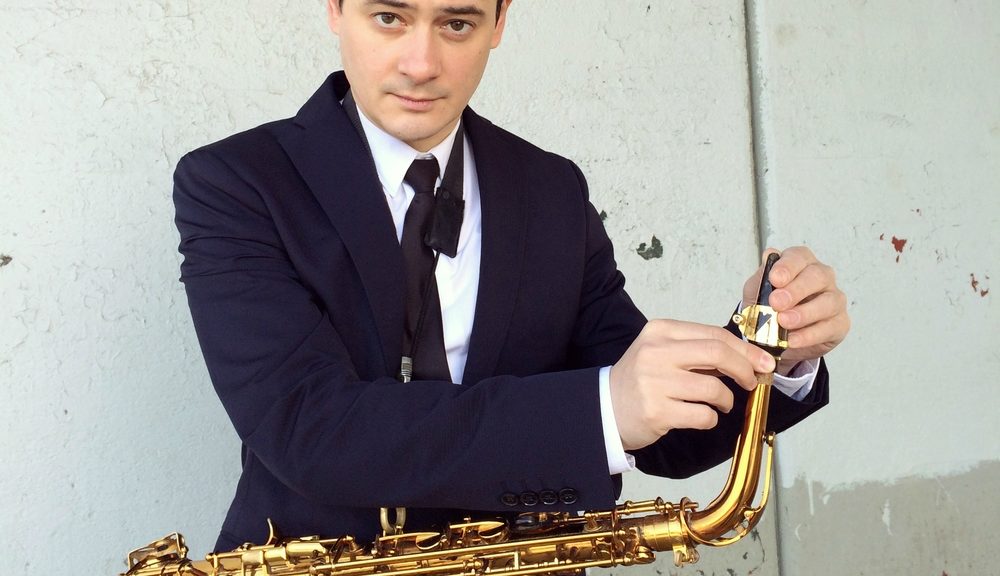 “Baevsky stamps his identity on virtually everything. Refined taste and prodigious talent.” JAZZTIME

The only child of a writer and a translater, Dmitry was born in St Petersburg, Russia. Baevsky started piano lessons at the age of six and discovered his passion and seriousness for music as a teenager when he picked up an alto saxophone. Although he was not surrounded by professional musicians, his family was closely connected to music. His great grand-father, Moisei Beregovsky, was one of the most famous and respected Jewish ethnomusicologists who spent his life gathering melodies and words of Yiddish folk songs, as well as Eastern European Jewish dance melodies (klezmer music).

In 1991, he entered the Mussorgsky College of Music in St-Petersburg where he studied with the brilliant Russian jazz saxophonist Gennady Goldstein for four years. Throughout the nineties, he appeared in many jazz venues and international festivals throughout Russia.

In 2005, he released his first CD as a leader “Introducing Dmitry Baevsky” (Lineage Records). The album features such masters as Cedar Walton and Jimmy Cobb, along with Ilya Lushtak on guitar and John Webber on bass.

In 2009, Dmitry recorded “Some Other Spring” (Rideau Rouge / Harmonia Mundi) while on tour in Europe with the guitarist Joe Cohn.

In September 2010, the label Sharp Nine Records released “Down With It”, an album featuring trumpet player Jeremy Pelt as well as Jeb Patton (p), David Wong (b) and Jason Brown (dr). The recording stayed more than four months in the Jazzweek charts (a weekly report of the top fifty Jazz recordings played on radio stations across the United States and Canada).

Baevsky’s second release on Sharp Nine Records, called “The Composers”, came out in 2012 and features David Hazeltine on piano, John Webber on bass, Jason Brown on drums and the great guitarist Peter Bernstein on three tracks.

2015 marks his debut on Jazz Family label with “Over and Out”, a trio album recorded with bassist David Wong and drummer Joe Strasser.

In the past years, Baevsky has toured extensively throughout the world and his current band features a crack rhythm section of Jeb Patton (p), David Wong (b) and Joe Strasser (dr).

1/6
Next»
By PoseLab
Meer video's
Open Maps Widget for Google Maps settings to configure the Google Maps API key. The map can't work without it. This is a Google's rule that all sites must follow.